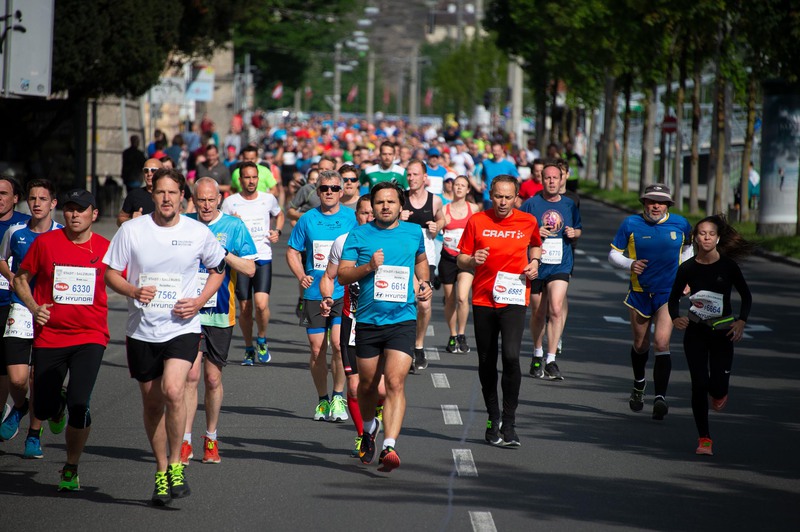 The Marathon season has moved to autumn. October 2nd sees the London Marathon, November the 6th brings the New York equivalent. Both are run on what most runners consider ‘flat tracks’ – good places to record a ‘PB’ (personal best). The Athens’ Marathon, run over the original route from Marathon to Athens, is an altogether different beast. You’d expect that, after all it’s a thing of legend, the mother of all Marathons.

If you’re running it this year, or thinking of running it in 2023, it needs the best possible preparation – and that’s where we can help.

BUT FIRST – THE LEGEND

The legend surrounds a man called Pheidippides (pron. Fy-dippi-deeze) who, in 490 BCE, ran the 25 odd miles from the battlefield at Marathon back to Athens to announce the result of a battle with the Persians. But there’s a lot more to it than that – previously he had run 150 miles to Sparta in two days to try and get the Spartan army to turn out as back-up. Then he had to run back to the battlefield to announce they weren’t going to come. (Don’t mention it in the tavernas, the Athenians have long memories!)

Somehow the much-outnumbered Athenian army managed to win the day and the leg weary messenger was despatched to the Acropolis to report to the city elders that their valiant boys had overturned the odds. The story has it that he ran up the hill, shouted ‘Nike’ (we won), and then sadly died of exhaustion.

THE LONGEST UPHILL CLIMB OF ANY MARATHON

The Athens’ event has become a real crowd-pleaser recently and 60,000 runners are expected at the starting gate on November 13th, 2022, setting off in the footsteps of Pheidippides. We wish them luck – it’s one of the toughest ‘asks’ in any runner’s career, with over 20kms of climbing and some steep descents before you reach the end – these days the Panathinaikos Stadium. No runner can expect a PB on this track!

It’s a particularly tough race if you’re running the course for the first time – you need to be properly prepared and that means you need local knowledge. We have a special 6-day (5 night) tour that gives you all you need to know. Flying in on the Thursday before the race the itinerary includes:

Applications are now closed for this year’s event. But, if you’d like to think about running in 2023, either independently or with your club or a group of friends, do get in touch with us straight away. We can organise a complete Authentic Athens Marathon package and help secure entries. 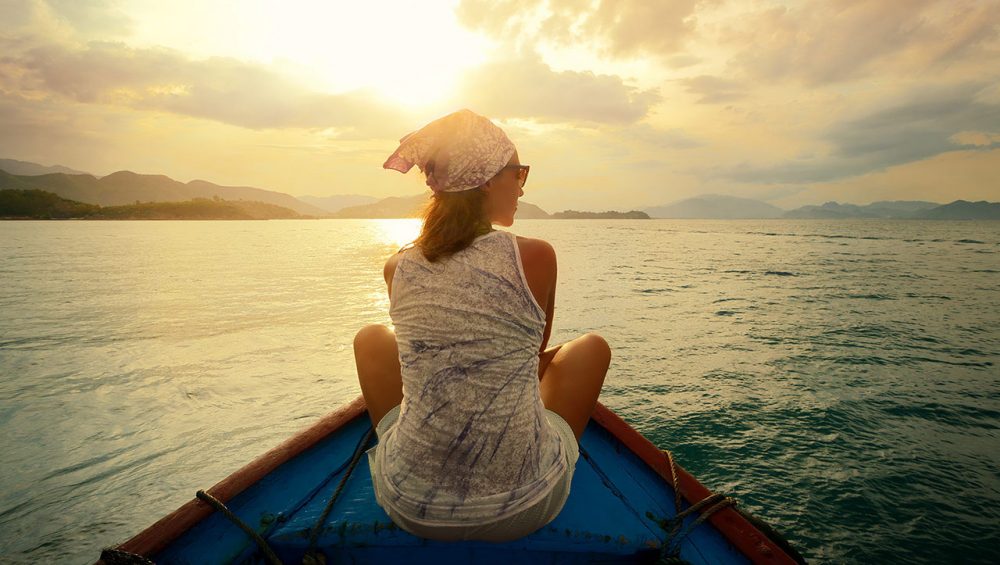 Many people see Athens as a great place for a city break. For sure it has the world-famous Parthenon, the Acropolis Museum, the Swiss Guards, the Temple of the Olympian Zeus and many more classical features. It also has great hospitality, bars and restaurants.

The problem is that people often try and rush through Athens in a day, often using it as a jumping off place for the islands. We have a better and much more rewarding strategy, especially if you’re a culture vulture – come to Athens for a week and make it your base for a series of ‘days out’ that lets you explore many of the other World Heritage sites on the mainland or the Peloponnese. 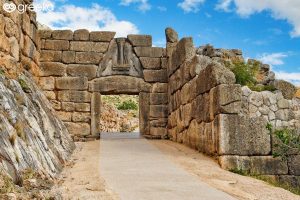 What few explores appreciate is that most of the great sites and sites of legend are within a comfortable day’s drive of Athens. You can get picked up from your hotel after breakfast, drive through some stunning scenery in air-conditioned comfort, have a guided tour of a UNESCO World-Heritage site and return to the city for dinner in one of the many restaurants in the Plaka district.

The list of options is a ‘must see’ menu of antiquity:

Within a few days, tutored by our expert guides. you can be fully inculcated into ancient Greek history and legend.

Most people also fail to realise that Athens has a very cosmopolitan and sophisticated beach culture. The Athenian Riviera is a wonderful stretch of coast, lined by sandy beaches, just a few kilometres from the city. It’s a brilliant place to spend a day if you think you’re going into cultural overload. Alternatively, if you’re the sort of person that likes sand in your toes, why not base yourself here – the hotels are top class but a little more chilled than their more urban counterparts, and you can pop back into the hubbub of the centre any time you please. 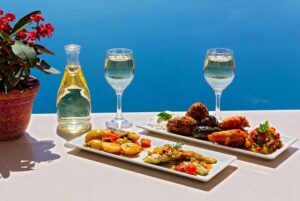 If you have Athens on your travel agenda, please don’t think of it as a place where your interest ends at the Parthenon. We’d prefer you see as ‘to the Parthenon and beyond’. Come to Athens as a place from which to Explore Greece.

Most of us go on holiday hoping to find some amusement along the way. Nowhere are you better placed to do that than in Greece, home of the original classic Nine Muses that have been inspiring artists since the antiquity.  They have countless paintings, drawings, designs, poems and statues dedicated to them. All artists of the Renaissance acknowledged their importance in artistic creation, dedicating their works to the Muses. In Greece they still inspire us – perhaps they will help inspire you.

As with many mythical beings, the Muses were the progeny of the mighty God Zeus and a woman he bewildered called Mnemosyne. Heaven knows why he had to bewilder her, you’d have thought hurling a few thunderbolts would have impressed most girls into dalliance. Anyway, the pair spent 9 nights together and the nine female muses were the result.

Being Godly girls, they wanted little to do with worldly affairs, preferring the arts and beauty. Apollo tutored them, taking them to Mount Elikonas, site of the original Temple of Zeus, where they invented just about everything to do with music, painting, dance etc. They must have had a brilliant kitchen disco come Friday nights after a bowl of ambrosia and an ouzo or two!

Anyway, on a cultural note we thought you might like to know who they were and what they represented. We’re not going to test you, but a basic heads-up might help the conversation flow down at Dio’s Taverna when the conversation gets academic.

Calliope: Muse Calliope was the superior Muse and the protector of heroic poems and rhetoric art. According to the myth, Homer asked Calliope to inspire him while writing The Iliad and The Odyssey, and, thus, Calliope is depicted holding laurels in one hand and the two Homeric poems in the other hand.

Clio: The Muse Clio discovered history and the guitar. History was named Clio in the ancient years, because it refers to “kleos” the Greek word for the heroic acts. Clio was always represented with a clarion on her right arm and a book in her left hand.

Erato: Muse Erato was the protector of Love and Romantic Poetry, and also weddings. Her name comes from the Greek word “Eros” that refers to the feeling of falling in love. She was depicted holding a lyre, a bow and love arrows.

Euterpe: Muse Euterpe discovered several musical instruments and dialectic. She was always depicted holding a flute, while many instruments were always around her.

Melpomene: The opposite of Thalia, Melpomene was the protector of Tragedy. She invented tragedy and rhetorical speech. She was depicted holding a mask of tradgedy and usually with a rather vicious looking war club..

Ourania: Muse Ourania was the protector of the celestial objects and stars; she invented astronomy. She was always depicted bearing stars, a celestial sphere and a compass.

Polymnia: Muse Polymnia was the protector of the divine hymns and mime; she invented grammar. She was depicted looking up to the sky, holding a lyre.

Terpsichore: Terpsichore was the protector of dance; she invented dances, the harp and education. She was called Terpsichore because she enjoyed dancing. ‘Terpo’ in Greek means to be amused. She was depicted wearing laurels on her head, holding a harp and dancing.

Thalia: Muse Thalia was the protector of comedy; she discovered comedy, geometry, architectural science and agriculture. She was also protector of Symposiums. She was always depicted holding a theatrical comedy mask.

What a sisterhood, eh? Put them together and you’d have the best pub-quiz team in the world, an amazing symphony orchestra and the nailed-on winner of any reality dance TV programme you care to name, all at the same time. One things for sure – there would never be a dull moment. Amusement would be guaranteed!